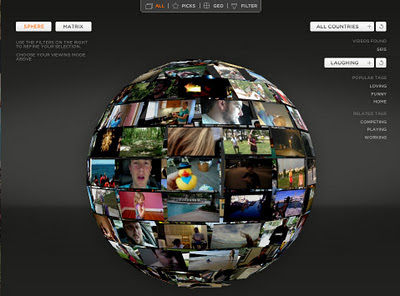 Life in a Day, YouTube’s experiment in crowd-sourcing a feature-length film, premiered earlier this year at the Sundance Film Festival, but it is now available on—where else?—YouTube. The film, for those of you who are not familiar with it, describes itself as “a historic film capturing for future generations what it was like to be alive on the 24th of July, 2010.” It is a 90-minute documentary-style movie pieced together from 4,500 hours of YouTube user-submitted footage from July 24, 2010.

What’s so special about July 24, 2010? It’s a tricky question to answer. The date itself is unremarkable—no holiday, no major historical event, nothing—it was simply chosen out of convenience. But through the experience of viewing the film, it becomes clear that it’s nevertheless incorrect to say that there is nothing special about July 24, 2010. Some of the moments captured in the film are mundane, and some are life-changing, but taken together, these moments create the impression that being alive on July 24, 2010 is all at once beautiful, funny, sad, joyful, and so much more.

Life in a Day is the first film of its kind, and it represents a pivotal moment in both cinema and digital media. As director Kevin Macdonald said in an interview with National Geographic, “The film is doing something that wouldn’t have been possible pre-Internet, specifically pre-YouTube. The idea that you can ask thousands, tens of thousands, maybe hundreds of thousands of people all to contribute to a project and all to communicate about it and learn about it at the same time belongs essentially to this age that we live in. Life in a Day couldn’t have existed 100 years ago, 20 years ago, even 6 years ago.” EM