SeanChron: My Crush on PopSci Just Got Bigger 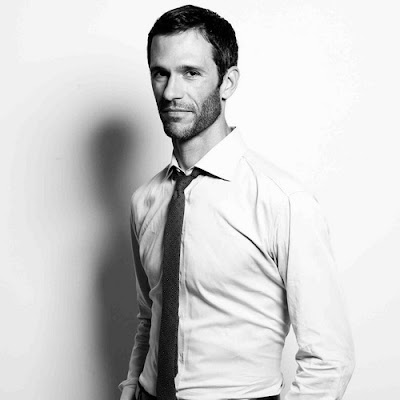 I think I'm in love...well, at least more in love with Popular Science than I thought I could be since I was already a big fan. Jacob Ward was recently promoted from West Coast Bureau Chief to Editor-in-Chief of the magazine and its multiple media. He certainly has a great track record in journalism and science, but what really stands out to me is his background and work on design, including architecture, interior design, industrial design, and even some hipster DIY time at ReadyMade. I'm in love with PopSci now because this means that a true marriage of science and design shaping the future has arrived. PopSci actually has made this connection for some time, but I expect it will be even stronger going forward. Just look at the photo of Ward above...it looks more like a fashion editorial in GQ than an EIC of a science magazine. And that's a good thing! Can't wait to see where it all goes.
Email ThisBlogThis!Share to TwitterShare to FacebookShare to Pinterest
Labels: Design, Design Notes, Jacob Ward, Popular Science, ReadyMade, Science, Science Spotlight, SeanChron
Newer Post Older Post Home