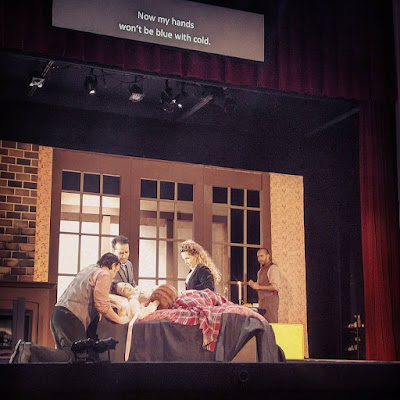 October 28, 2016. I only recently started writing reviews for the arts events I attend after many years of doing restaurant reviews. I knew immediately that I wanted to a review for Tacoma Opera's La Bohème because so many of the elements that go into a good opera experience were not only present, they were incredibly well done.

Theater
The venue of a performance is usually the first thing you experience at such an event. The Rialto, part of Tacoma's Broadway Center for the Performing Arts, is certainly a gem. Built in 1918, it has retained much of its charm including decorative features throughout and add little idiosyncrasies like the odd little stairwell that leads to the balcony. The lobby was noticeably small but that made it quite easy to meet others and strike up conversations. This was my first visit to the Rialto so I took a few extra photos of things that jumped out at me. 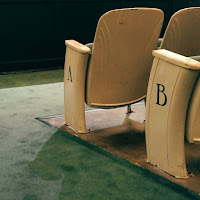 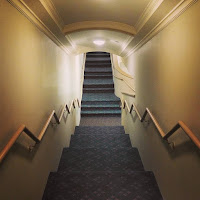 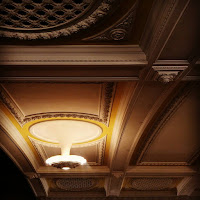 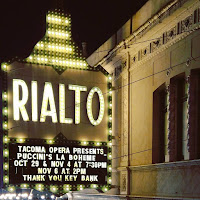 Stage/Set
The staging was adorable and quaint yet still exuded the grandeur one expects at an opera performance. There was no curtain so one could see the stage right off with several large moveable elements and several vignettes of furniture and props, some obvious objects, others abstract (such as simple painted boxes). It actually reminded me of the staging one finds in smaller productions of things like the Nutcracker that tend the most charm and creativity. The transitions throughout the performance were impressive, especially for an opera that has quite a few diverse and large scenes...such as, in the case of La Bohème, cafe and parade. 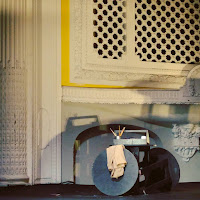 Music/Orchestra
The score of Puccini's La Bohème? No need to comment...amazingly beautiful. The orchestra was small and placed in the audience area to the right of the stage looking at it from the audience. Again...adorable and incredibly charming. The orchestra's performance? Absolutely incredible. For a small orchestra to fill the large venue was impressive. Kudos to conductor, Bernard Kwiram! 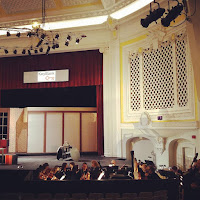 Costumes
La Bohème tends to be set in the late 1800s or early 1900s and the Tacoma production was definitely in this range and perhaps a bit more modern. The women's costumes were exquisite and the men's had a lot of character as well, though seemed to be a bit further into the 19th century. 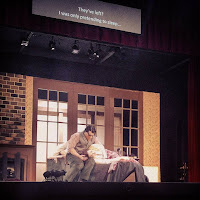 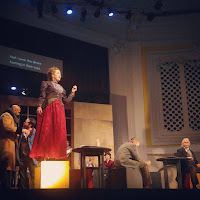 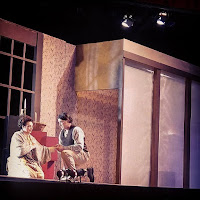 Singing/Performance
Blown away. I had heard that Tacoma Opera productions were quite good but I was not expecting what I heard and saw. Jon Farmer as Rodolfo was drop the mic amazing. His voice was incredibly warm and inviting and his acting completely brought the character to life. Often times acting in opera is secondary but Farmer brought his A game. Even in scenes in which his character was simply listening to others, his facial expressions beamed. And Kristin Vogel as Mimi, wow-mazing! Once again, singing was top notch and with several arias being well known favorites of so many audience members, the bar is always set high. She exceeded that bar on many occasions. The character is incredibly complex and in both her singing and acting, she managed to explore and deliver every possible facet. Jessica Noronha as Musseta was another standout, the character is larger than life and Tacoma Opera chose the perfect performer for the part, another slam dunk on both singing and acting. I have to say that the entire cast, including the chorus was over the top. The cafe scene, the parade, and in so many other moments, the production was incredibly inspiring...exactly what you want opera to be.

Halftime
I do always take notice of the intermission experience and although my usual Gin & Tonic wasn't available, there were several nice options during what I call the "halftime".
Email ThisBlogThis!Share to TwitterShare to FacebookShare to Pinterest
Labels: Opera, Opera Reviews, Reviews, SeanChron, Tacoma Opera
Newer Post Older Post Home