Dispatch Dot Earth is a collection of feature travel articles. The future may take us to Mars and beyond, but sometimes there's nothing like exploring our good old Earth.
In a quiet, less explored corner of northern Europe, Vilnius buzzes with the hum of city life mixed with deep ties to a culture established nearly 700 years ago. The capital of Lithuania, Vilnius tends to fly under the radar as a destination despite its many draws. Brimming with unique history, lovely Baroque architecture, and a thriving university scene, Vilnius is an old city in a young country. Remnants of a past Soviet era are still visible around its edges, but the rich heritage of this town shines through in its glowing, colorful churches, its burgeoning art and music scene, and its winding old town streets.
by Vanessa Bassett

As one of the last countries in Europe to be Christianized, Lithuania's pagan roots are held more closely in recent collective memory than other western countries. Some pagan sects have even carried on to the present day, despite the abundance of churches and cathedrals to be found at nearly every turn in Vilnius. While the city's energetic feel is forward moving, the stark memory of World War II's concentration camps and the remnants of Jewish ghettos still hover in certain shadowy corners. Memorials paying tribute to the thousands of Vilnius Jews who were murdered during Nazi rule can be seen throughout the old town, commemorating people and places who should not be forgotten.

But bold as ever, a bright street art scene has emerged, providing thoughtful surprises when you least expect them. Buildings flash grinning faces from high above the street, and walls confront you with colorful motifs as soon as you step around a corner. Revitalized, with it's UNESCO status old town thoughtfully preserved, Vilnius has become a cultural superstar on the map of Europe. Between its treasure trove of Orthodox churches, its unexpected architectural delights, its expansive arts scene and its charming, inviting old town, Vilnius cements its status as one of the jewels of the Baltic. 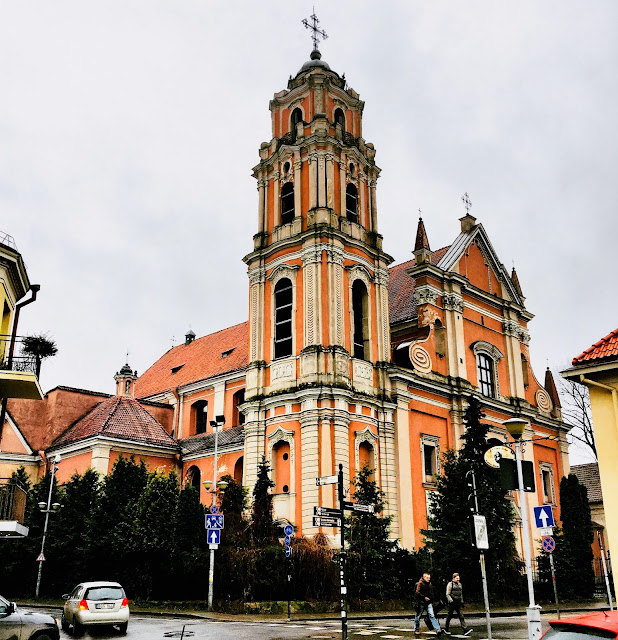 All Saints Church in Vilnius old town. One of many candy-colored churches in the area, this Baroque style church was built between 1620 and 1630.