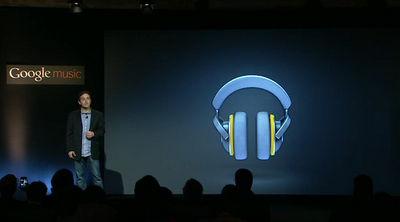 As many of you may have already heard, Google Music is now available for free to all users in the U.S. Users can upload and stream up to 20,000 of their own songs in their personal cloud-based library, which enables them to access their music from anywhere. Songs and albums can also be purchased from the newly opened music store in the Android Market, and songs purchased from the store will not count toward the 20,000-song limit.

According to the Official Google Blog, the store offers more than 13 million songs from artists on more than 1,000 labels, including major players such as Universal Music Group, Sony Music Entertainment, and EMI, as well as indie labels such as Matador Records and XL Recordings. The tracks will be DRM-free, and shareable via Google+. The store also features a Free Song of the Day, as well as exclusive content, including never-before-released live recordings from The Rolling Stones, Coldplay, Shakira, and more.

Future-ish has previously covered cloud-based music storage offerings from Amazon and Apple launched Amazon Cloud Drive earlier this year. Apple also made their paid service, iTunes Match, available in early November 2011 as well. Google’s entry into this emerging market is certainly very timely and it remains to be seen which of these three services music lovers will gravitate to as we all slowly, but inevitably, move into the cloud. Information Week’s Eric Zeman offers an early compare-and-contrast of the three services, evaluating factors such as sound quality and accessibility. Read, and then take your pick. EM