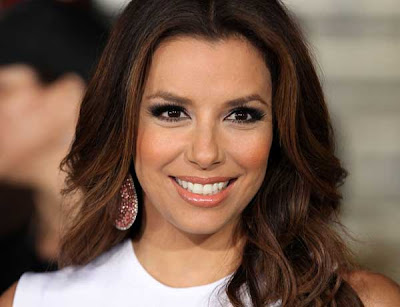 Eva Longoria is an American actress, activist, and philanthropist best known for her roles on Desperate Housewives and Young and the Restless. Born in Corpus Christi, TX to Mexican-American parents Enrique Longoria, Jr. and Ella Eva Mireles, she can trace her Spanish ancestry in the New World back to 1603.

In college, Longoria studied kinesiology and received her Bachelor of Science degree in 1998, the same year she won the title of Miss Corpus Christi. Soon after university, she won an Infinity Model Search contest in LA where and was later signed by a theatrical agent. She joined the cast of Young and the Restless in 2001 as Isabella Braña, a role she won an ALMA Award for in 2002. She has since gone on to perform in many other tv shows and movies and has received multiple other acting nominations and awards.

Longoria founded Eva's Heroes in 2006, a charity which helps developmentally disabled children and serves as a spokesperson for many other nonprofit organizations. 2009 was a big year for Longoria. She enrolled in a Master's program in Chicano Studies and Political Science at Cal State University, Northridge, was appointed to a bi-partisan commission issued with the task of determining the feasibility of the creation of a National Museum of the American Latino, and was named Philanthropist of the year by the Hollywood Reporter for her commitment to Latino causes and giving back to the community. She also began serving as an executive producer of Shine Global Inc.'s film The Harvest/La Cosecha in 2009 (released in 2011), a documentary that focuses on three teenage Mexican migrant workers in order to raise awareness about the hundreds of thousands of child migrant farm workers in the U.S. In 2010, Longoria created the Eva Longoria Foundation to help Latinas build better futures for themselves and their families through education and entrepreneurship.

Longoria has become quite active in politics in recent years. In 2011 she proclaimed Arizona's SB 1070 immigration law unconstitutional and fought against Texas Governor Rick Perry’s budget cuts for services to the mentally disabled (including her sister). In 2012, she was one of seven Californians named as co-chairs of Barack Obama's re-election campaign and she later spoke Democratic National Convention in Charlotte, NC.