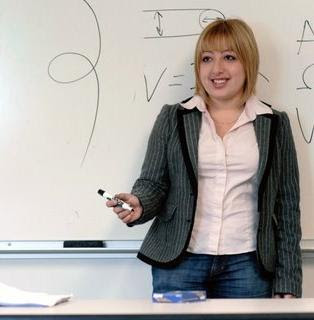 Alia Sabur recently became the worlds youngest professor at the age of 18...pretty impressive. But her Ph. D. in Materials Science Engineering from Drexel isn't all, she achieved her black belt in Tae Kwan Do when she was 9 and was identified as a child prodigy when she played clarinet in her first Mozart Concerto at age 11. After serving in a temporary position at Southern University in New Orleans after Hurricane Katrina, Sabur is now a full professor in the Department of Advanced Technology Fusion at Konkuk University in Seoul, South Korea. Best of all, she has one of the most positive attitudes around and hopes to serve as a role model for young women around the world. We're going to go ahead and add to her laurels by naming her the world's youngest Renaissance Women too. We're guessing there will be many more firsts out of Ms. Alia.