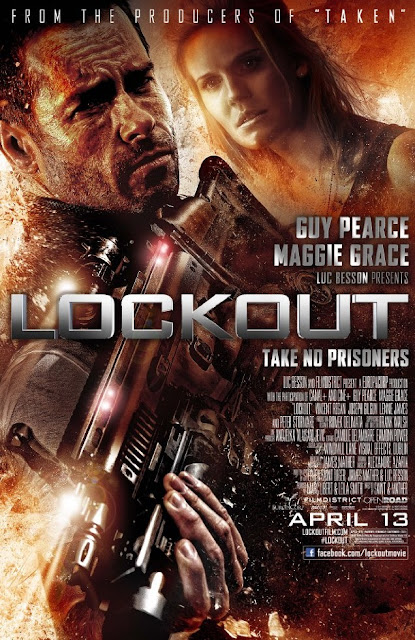 What happens when a biologist, a chemist, and a mammalogist review sci-fi, horror, or fantasy shows? Nerdtastic hilarity! Join our three scientists – known as the Curly Hair Mafia – as they take down big films, popular TV series, and everything in between. In their latest contribution to science-minded movie reviews, the Curly Hair Mafia welcomes on a guest reviewer...curly bearded, jaunty-hat-wearing physicist, science writer, public speaker, and educator, Dr. Matthew Francis.

For this review, our mafiosi unlock the best and worst elements of 2012 space sic-fi thriller Lockout starring Guy Pearce and Maggie Grace, conceived and written by Luc Besson, and co-directed by James Mather and Stephen St. Legerand. Part Escape from New York and part Demolition Man, Lockout does offer some entertainment value...even though much of the film "defies all laws of physics, chemistry, and biology". From a space sky dive landing to which "even a German judge would give a 10" and machine guns working in the oxygen-free vacuum of space to how to kill off superfluous characters and a Han Solo-Princess Leia almost love story, Lockout certainly gives the mafia team a lot to work with. Luckily, Guy Pearce looked "damn fine" in the movie. The other redeeming factor of Lockout...it's very short. Final reviewer scores: Dr. Lee: 4.5, Dr. Francis: 2, and Dr. Burks: 3 (because Guy Pearce is hot).