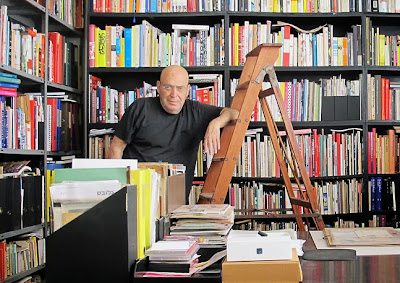 Tartakover studied at the Bezalel Academy of Arts and Design in Jerusalem and later graduated from the London College of Printing in 1968. He has lead his own studio in Tel Aviv since 1975 and has been a senior lecturer in the Visual Communication Department of the Bezalel Academy since 1976.

Tartakover's work has focused on culture and politics and frequently is in response to provocative events. Among his many accomplishments, Tartakover is well known for degigning the logo for Peace Now in 1978, the Israeli two-state solution NGO.

Tartakover served as president of the Graphic Designers Association of Israel, is a member of Israel's Culture & Arts Board, and continues to be an active member of Alliance Graphique Internationale (AGI). He has curated many Israeli design exhibitions and international poster exhibitions and his own work has appeared in exhibitions around the world including France, Japan, China, Germany, Poland and Russia.

Tartakover also has works that are part of permanent collections in museums including MOMA in NYC and the Musée de la Publicité in Paris. Tartakover has won many exhibit prizes and in 2002 was awarded the Israel Prize for design.