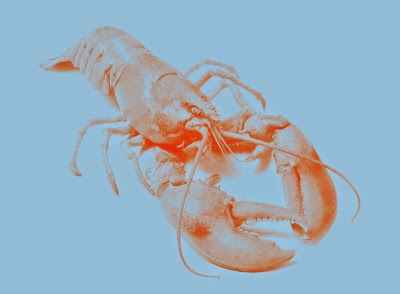 My mom is a utilitarian cook, which is to say that for the past half-century or so she’s been able to create meals that are hot, healthy-ish and…and I can’t stress this enough…darned tasty. She learned to cook, like lots of moms did, from her mom but not in a Norman Rockwell sort of way with gingham aprons and dustings of flour on noses. Mostly she learned how to turn whatever’s on hand into dinner.

Her influences are a conglomeration of her mid-western roots, my dad being out of work for much of my young life, and her own preferences. This meant that every meal had some dairy component whether cheese or sour cream or just milk stirred in; it meant that there was some stretch ingredient like noodles or bread crumbs or potato flakes and it also means that to this very day, every dinner includes cottage cheese as a side dish because Mom really likes cottage cheese.

There were some themes to her repertoire and I’m convinced that I may have starved, or at least not become as happily portly as I did, were it not for the gift of Campbell’s Cream of Mushroom soup. There were endless uses for Cream of Mushroom Soup, as well as some of the other Cream soups including Cream of Celery (which even now seems to have quite limited application), Cream of Chicken (which had at best only a suggestion of chicken and even that didn’t seem to resemble anything that I had ever seen with feathers), and Cream of Shrimp which was probably appealing to folks in land-locked states, but growing up in South Florida, shrimp in a can seemed downright blasphemous.

By far the dish of my mom’s that we mocked the most and that we secretly loved the most – although probably not that secretly, given the frequency with which it showed up at the table – was “Those Meats”. Credit for the name goes to my dad who, when requesting a repeat performance of the previous week’s pantry-cleaning-effort asked if Mom could make that thing she made last week. “What thing?” she asked, “There were 7 dinners last week.” “I don’t know, it was that night when it was so brutally hot.” My mother who, like my father, had grown up in Michigan and had found herself lately in South Florida where neither we nor anyone we knew had air conditioning, looked at my dad with a straight face and asked which day exactly, that week in August, was the one that was so hot?

Dad said “You know! Those meats!” We all laughed but we also knew exactly what he meant and from that day Those Meats became a dinnertime staple.

In addition to ingredients like Cream of Mushroom Soup, and dishes like Those Meats, my mom’s methods for cooking fell into two basic categories. Dinner either came out of a 350 degree oven, or out of the Sunbeam Electric Skillet that never left the counter top. Those Meats were hamburger patties fried in the electric skillet until crunchy-crusted and well done - it wasn’t until much later in life that I learned that there was any other choice for meat than well-done – then Mom would dump a can of Cream of Mushroom Soup into the skillet followed by a can of milk. The whole thing would spit and spatter along the edges until it burbled from the consistency of soup to that of gravy and was presented over egg noodles.

Those Meats headlined a cast that included the Tuna Fish Casserole (always with crumbled potato chips on top), Salmon Loaf (always made with canned salmon which, when described to friends in the Pacific Northwest, gets me the strange looks that I imagine bottled water would have gotten in the 50s), and scalloped potatoes (always made with the weekend ham leftovers).

We laughed about her ingredients and the repeat performances of these dishes, but through Dad’s unemployment and three voracious teenagers, we never went hungry.

When I was 14 my parents divorced and my Dad moved to a single-wide trailer in Key Largo.

I don’t know how long he had been single when we arrived for the Lobster Marinara weekend. By the time we were teenagers, my brothers and I had learned well enough to forage for ourselves so that Dad’s meal preparation duties were somewhat lighter than Mom’s had been for most of our lives and frankly, we expected less of his culinary prowess. That had always been Mom’s territory, but on Lobster Marinara weekend Dad annexed the kitchen, claimed it as his domain and decided to break his sons out of the boring food routines on which we’d been raised. That weekend’s project would be a meal that would knock our collective socks off.

It’s important to note here that when my parents divorced I spent a good bit of time trying to define my feelings about it. As a tragic victim of a broken home I was clearly worthy of sympathy and trotted it out at key moments like late for school and forgotten homework. How could I possibly be expected to do math when I was living in a broken home?

Sadly for my personal tragedy, the primary manifestation of my parents’ divorce was their enthusiastic embrace of their new lives. Like watching Dorothy go from drab black and white Kansas to the Technicolor brilliance of Oz, my brothers and I watched both of our parents blossom into people who had friends, hobbies and liked having fun! Who knew!?
So when Dad announced that we were having something called Lobster Marinara and that there would be the knocking off of socks, we took this simply as one more fascinating aspect of our weird new parents.

That afternoon Dad introduced us to his new friend Gail, who was going to help with the meal. Back then I wasn’t very worldly – some would argue that I’m still not – but it didn’t occur to me that friend meant anything other than someone with whom you watched TV. But when relaying the Lobster Marinara story to Mom that Sunday night, the look on her face indicated that she had a very different interpretation than I did of Dad’s new friend Gail. But it turned out that they were just friends then…it would be 10 years before they would marry and in the end their marriage lasted longer than my parents’ and now, some years later Gail and my mom have improbably become quite good friends, but that’s a story for another day.

But that Saturday, I thought nothing of going lobster shopping with my brothers, my dad, and his new friend Gail. Now most Americans, when they think of lobster, think of Maine lobster…big red prehistoric-looking things with meaty, menacing claws that get rubber banded closed to preserve the integrity of fingers. Florida lobster is a different thing altogether – the slang term for them is “bug” – and they did look sort of insect-like, with no claws but with big long antenna and a sort of mottled brown and yellow where they huddled against the glass in the tank at the Key Largo Shopper.

Back at Dad’s, he began laying out his instruments. Now his primary interaction with the kitchen at that point was to rail at his forgetful sons about open cabinet doors. He didn’t mind days & days of dirty dishes piled up in the sink, but it was common to hear the staccato notes of slamming cabinets as he walked through the kitchen grumbling about how easy they actually were to close. But clearly he had now expanded his scope to include a gleaming stainless steel skillet that oddly did NOT plug into the wall, a brand new lobster pot and a dizzying array of knives, whisks and spatulas.

Announcing, like a circus ringleader, that no cooking could possibly begin without the proper mood, he produced two glasses of wine glasses – one for him and one for Gail – while we were handed root beers and aprons, but were mostly spectators at the show that followed. Gail moved around the shiny new culinary implements with a practiced ease while dad mostly pontificated with a glass of red wine in one hand and a wooden spoon in the other. We chopped what we were told to chop, grated what we were directed to grate, and stirred what we were asked to stir, but mostly we marveled at this man we had never met. We laughed at his jokes, but mostly we laughed because he laughed.

We watched him stir tomato sauce with an enthusiasm that left, literally, red splashes on the walls and ceiling, we watched the ebb and flow of wine, and we watched our dad move around his kitchen with an ease and relaxation that was a lifetime from the tension that had always twanged between him and our mom.

By the time the Lobster Marinara made it to the table Dad was well and truly sloshed but someone everyone managed to get some lobster, some salad and some pasta. My brothers and I absorbed this alien experience in the way that teenagers typically absorb alien experiences, which is to say without any acknowledgement whatsoever.

I hope, today, that I’m carrying some of the best of both my parents with me. I know that I’m lucky that what I cook doesn’t have to feed growing children on a receptionists’ salary like my mom, and that I don’t have to revive my identity in new cookware and arcane utensils like my dad. But when it’s gray and rainy I push my cart really slowly past the Cream of Mushroom soup in the grocery store and wonder what kind of potato chips are best on top of a tuna noodle casserole. I’ve also learned that a glass of wine is a great way to start a new recipe and that sometimes a little sauce on the ceiling is a very small price to pay for nourishment.
Email ThisBlogThis!Share to TwitterShare to FacebookShare to Pinterest
Labels: gregbrisendine
Newer Post Older Post Home