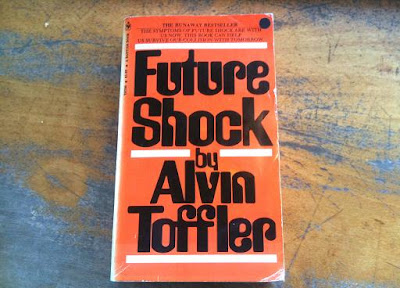 We're starting up a new weekly feature here at Future-ish, Throwback Thursday. Yeah, we're a little behind the times but we had to figure out our particular spin on Throwback Thursdays. Our plan, revisit predictions of the future from years past. We've seen this done a several times out there, hopefully our 'retro foresight' version will keep our readers as entertained as we are researching the stories.

Here's a quote from a 2010 NPR interview with the Tofflers in which Alvin Toffler responds to the NPR's Martin Kaste's question, "Why be a futurist?"