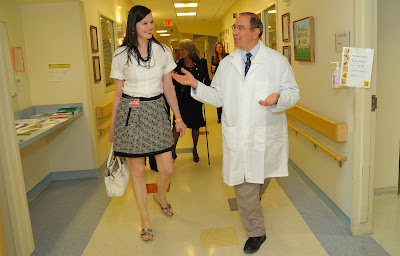 Geena Davis is is an American actor, activist, model, and producer. She completed her bachelor's degree in drama from Boston College in 1979 and received honorary doctorate degrees in fine arts from Bosten College in 1999 and Bates College in 2009 for her work with the Geena Davis Institute for Gender in Media.

In addition to a successful modeling, acting, and production career, Davis is an advocate and activist for a multitude of subject matters and causes including women in sports, gender bias in media, STEM, and other humanitarian and envioronmental social and environmental challenges. Davis also trained and competed for a spot in the 2000 Sydney Olympics in the sport of archery.

Davis has been nominated for and received dozens of awards including an Oscar for Best Supporting Acress in The Accidental Tourist and a Golden Globe for Best Actress in a Television Series – Drama in "Commander in Chief". The Academy of Motion Picture Arts and Sciences chose her for the Jean Hersholt Humanitarian Award, an honorary Academy Award, for her work to undestand and address gender bias in media.

Davis was named the Future-ish 2021 Queen of the Smart Set.