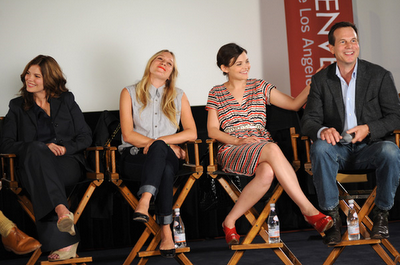 Plural marriage (aka polygamy) just got a major boost on the pop culture radar. In March 2006, HBO launched a new series, Big Love, that features the ins and outs of a modern plural marriage family. The project represents one of the first times that plural marriage has been presented in a positive, or at least non-judgmental, treatment. Given the subject, the show debuted with much controversy among the Mormon community and mainstream viewers alike. The first season received high praise and high ratings so has been renewed. Big Love will certainly add to the discussion of how the concept of marriage continues to evolve in the new century.
Email ThisBlogThis!Share to TwitterShare to FacebookShare to Pinterest
Labels: Big Love, Culture, Culture Beat, Fundamentalist LDS, Future of Faith, HBO, Modern Marriage, Mormonism, Worldviews
Newer Post Older Post Home