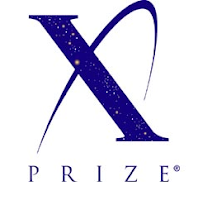 The people at the X Prize Foundation not only have big ideas, they make them happen. Even better, they're putting their money where their mouth is by dangling the biggest carrot we've ever seen. An X PRIZE is a multi-million dollar award given to the first team to achieve a specific goal set by the X PRIZE Foundation that has the potential to benefit humanity. It all started in 2004 with the $10 million Ansari X PRIZE when Mojave Aerospace Ventures team, led by famed aircraft designer Burt Rutan and financed by Microsoft co-founder Paul Allen, captured the Ansari X PRIZE with SpaceShipOne. Now X Prize is on to even bigger and better challenges with their Lunar, Automotive, and Genomics. Their mission is clear and simple "to bring about radical breakthroughs for the benefit of humanity".