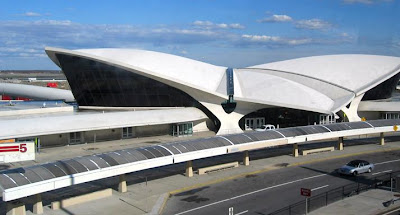 Future-ish is on a mission to track down architecture ahead of its time. Our first instillation is none other than the TWA Terminal at JFK also known as the Trans World Flight Center. Designed by Eero Saarinen in 1962 the building remains one of the first and best known avant-guarde buildings from the 20th century.