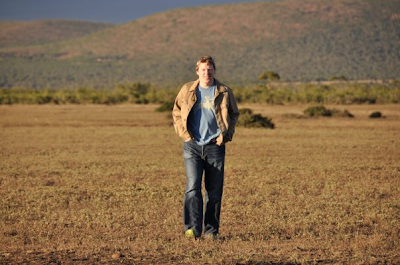 Cameron Sinclair is a British architect and humanitarian. Sinclair studied architecture at the University of Westminster and the Bartlett School of Architecture, University College London, during which time he developed a keen interest in social, cultural, and humanitarian design. After moving to New York, one of Sinclair's first projects was providing shelter to New York's homeless through sustainable, transitional housing. In April, 1999 Sinclair co-founded Architecture for Humanity with Kate Stohr to provide design services and architectural solutions to humanitarian crises. The organization has grown to include 40,000 professionals and 72 chapters in 14 countries. Sinclair continues to serve as the organizations 'chief eternal optimist' (CEO).

In 2006, Sinclair and Stohr authored "Design Like You Give A Damn: Architectural Responses to Humanitarian Crises". Sinclair and Stohr have also created the Open Architecture Network, the worlds’ first open source community dedicated to improving living conditions through innovative and sustainable design. Sinclair was named one of the Aspen Seven in 2004 by Fortune Magazine. In 2006, Sinclair received the TED Prize, was named RISD/Target Emerging Designer of the Year, and was chosen with Kate Stohr to receive the Wired Magazine Rave Award for Architecture for their work after Hurricane Katrina. In 2008 the University of Westminster awarded Sinclair an honorary doctorate for his services to the profession. Also in 2008, Sinclair was profiled in CNN's "Principle Voices" series, appeared in Sundance Channel's "Iconoclasts", and Sinclair and Stohr received the Design Patron Award during the National Design Awards. In 2009 Sinclair and Stohr were awarded the Bicentenary Medal by the Royal Society of Arts.