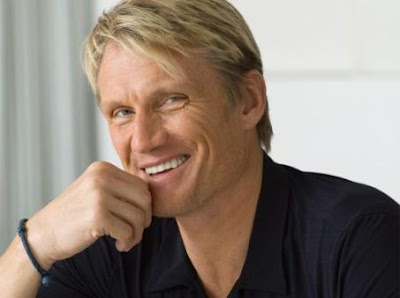 Dolph Lundgren is a Swedish marshal artist, actor, and director. Long before his action hero days, Lungdren studied at Stockholm's Royal Institute of Technology and later earned his Master's in chemical engineering from the University of Sydney in 1982. In 1983, Lundgren became a Fulbright Scholar at MIT but he quit prior to graduation to pursue acting. Lundgren is fluent in Swedish, English, and Spanish, and can communicate in German, French, Japanese, and Italian as well.
Email ThisBlogThis!Share to TwitterShare to FacebookShare to Pinterest
Labels: Actors, Dolph Lundgren, Entertainers, Entertainment, Science, Smart Stars
Newer Post Older Post Home