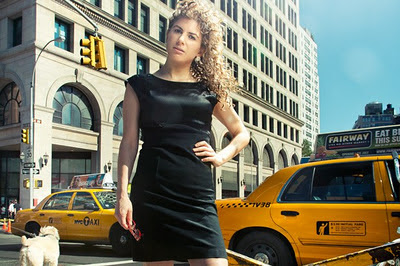 Image credit: Miller Mobley via Wired
Debbie Berebichez is a physicist and science promotor. Berebichez received her B.A. in Physics and Philosophy from Brandeis University in 1996, a MS in Physics from Universidad Nacional Autónoma de México (UNAM) in 1998, another MS in Physics from Stanford in 2000, and her PhD in physics from Stanford in 2004...the first Mexican woman to do so. She took on two postdoctoral fellowships in applied mathematics and physics and conducted further research at Columbia University's Applied Physics and Applied Mathematics department as well as at New York University's Courant Institute for Mathematical Sciences. She speaks five languages. Berebichez is currently Principal Scientist at ThoughtWorks and TV Host at the Science Channel. We've been fans ever since her oh-so-fabulous The Newtonian Physics of Manolo Blahniks.

Berebichez has topped our Stylish Scientist List for many years and also appears in our Citizens of the Next Century List.