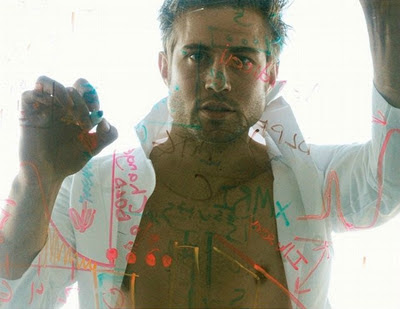 Image credit: Steve Henry, Houston Magazine
Don Vaughn is an American neuroscientist, model, and musician. Vaughn earned degrees in physics and economics from Stanford in 2008 and currently works at Baylor College of Medicine in Houston in the David Eagleman Laboratory for Perception and Action.

Vaughn began drumming as a teenager and joined Houston alt-rock band, Via Linda, after college. When the band broke up he chose to focus on DJ-drummer formats. Vaughn's science and music worlds collided when he applied his background in perceptual neuroscience to craft his own, custom, LED-lit electronic drum set. Vaughn is also a fashion, commercial print, editorial, fitness, and runway model represented by Page Parkes Corporation. Last but not least, he's a surfer, which seems to be a common pastime of many of our favorite scelebs.