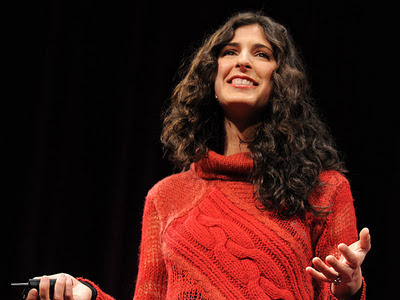 Nina Tandon is an American electrical and biomedical engineer. She currently conducts research at Columbia University's Laboratory for Stem Cells and Tissue Engineering and is an adjunct professor of Electrical Engineering at the Cooper Union.

Tandon received a Bachelor of Electrical Engineering from The Cooper Union for the Advancement of Science and Art, Electrical Engineering in 2001, an MS in Electrical Engineering from MIT in 2006, and a PhD in Biomedical Engineering from Columbia in 2009 for which she studied electrical stimulation in cardiac tissue engineering. She was also a Fulbright Scholar in Tor Vergata University in Rome, Italy between 2003 and 2004 where she researched electronic odor detection. Tandon was a Columbia and MIT Presidential Fellow and she was chosen as a Ted Fellow in 2011. Avocations include drums, photography, yoga, running, metalsmithing, playing with puppies, baking, and exploring. How she finds time to do all this, we have no idea but we are thrilled to have her among our most creative and inspiring Scelebs.
Email ThisBlogThis!Share to TwitterShare to FacebookShare to Pinterest
Labels: 2011 Stylish Scientist, Bioengineering, Columbia, Fulbright Scholar, Glamour Geeks, MIT, New York, Nina Tandon, Scelebs, Science, Stylish Scientist List, TED, TED Fellow
Newer Post Older Post Home