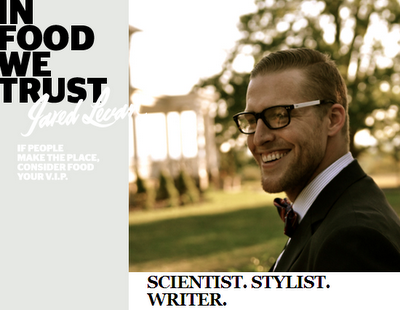 The worlds of science and food have been colliding for years in the field of molecular gastronomy. Finding chefs that get into the science of food isn't too difficult but finding scientist foodies is like finding a lone sprig of rosemary in a four feet wide pan of Valencian paella.

We recently stumbled across one of those rare individuals in NYC-based scientist, food stylist, and writer, Jared Levan. His degree in microbiology is from Cornell but his sense of style and passion for food are all his own. These days Levan applies his scientific curiosity to the kitchen creating new dishes on his own and styling food for others, including the Food Network, the Cooking Channel, ABC, and Chef Rocco DiSpirito. Lucky for us, Levan's food-science insights aren't gathering dust in some university library, you can read all of his Food Scientist and other posts on his blog, In Food We Trust. 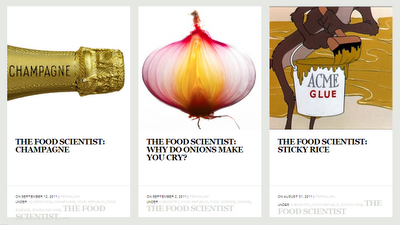