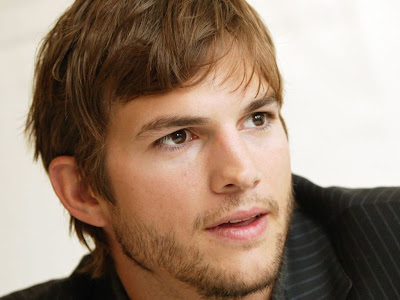 Ashton Kutcher is an American model, actor, and producer. Kutcher was born in Cedar Rapids, Iowa and developed an interest in acting in high school. He started in the biochemical engineering program at the University of Iowa before dropping after winning a modeling competition in Iowa. Kutcher modeled for a short time in New York, Milan, and Paris and then moved to Los Angeles to pursue an acting career in television and film and starred in series like That '70s Show and in movies such as Pearl Harbor. In addition to a very successful acting career, Kutcher has been active in investing in several social media and technology companies including Skype, Foursquare, Airbnb, Path and Fab.com. Kutcher has also been active in multiple nonprofits and social/environmental causes.

**Update**
After the 2013 Teen Choice Awards Ashton Kutcher received a lot of attention and praise for his acceptance speech in which shared some observations from his life before acting and from his recent role in the movie Jobs about Apple founder, Steve Jobs.

First, Kutcher shared that "opportunity looks a lot like hard work" and briefly chronicled the many jobs he held prior to modeling and acting including working for his dad, washing dishes at a restaurant, working at a grocery store deli, and even sweeping up Cheerios dust in a factory.

Kutcher's next observation garnered even more attention, he enthusiastically stated that "the sexiest thing in the entire world is being really smart...and being thoughtful, and being generous. Everything else is crap, I promise you." And finally Kutcher shared what he learned form his Steve Jobs role...that every person can build their own life, rather than living someone else's. Kutcher's closing words were "build a life, don't live one, build one. Find your opportunities and always be sexy."

Here at Future-ish, we're all about using the power of pop culture to create positive change. Ashton Kutcher cheering that "the sexiest thing in the entire world is being really smart" at the Teen Choice Awards...can't do much better than that.