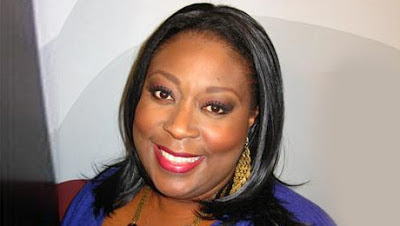 Detroit-born Comedian and actress Loni Love may know the formula to get a good laugh but she also knows the formula for resistance, inductance, and capacitance. What are those you ask? Well, electrical engineering formulas of course.

Before her success as a comedian and actress, Love received a scholarship to Prairie View A&M University in Texas where she studied music and yes, electrical engineering. After graduating, Love worked at Xerox for eight years while moonlighting as a regular at the Laugh Factory. When layoffs at Xerox were pending, she volunteered to leave and pursue her comedy career in order to save a job for someone else. Since then she's appeared in many plays, films, and TV shows. In addition to comedy and acting, she has served as a correspondent on CNN, covered the inauguration of President Obama, and been recognized with multiple awards and honors including our very own Queen of the Smart Set for 2013.

She's got science, she's got design (we include the performing arts in the 'design' realm here at future-ish), and she's got culture...a LOT of culture. We're just psyched our Goddess of Guffaw can bring a little science and intelligent insight to Chelsea Lately on occasion...the show really needs it. Just kidding Chelsea...we love you :-)
Email ThisBlogThis!Share to TwitterShare to FacebookShare to Pinterest
Labels: Actors, Comedians, Entertainers, Entertainment, Female Comedians, Loni Love, Queen of the Smart Set, scel, Smart Stars, Women in Science, Women in STEM
Newer Post Older Post Home