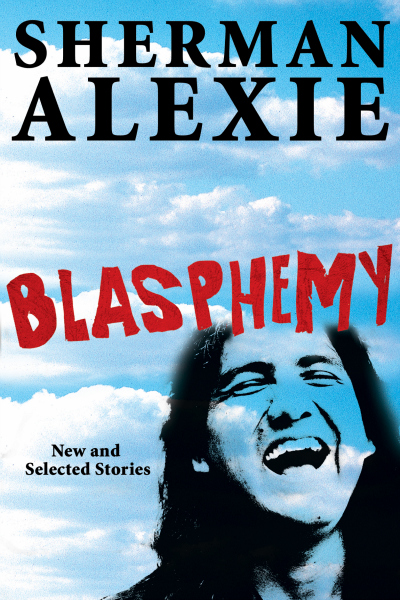 Blasphemy: New and Selected Stories by Sherman Alexie is our selection for our June 2013 Book Club. Check it out and chime in with comments below.

Sherman Alexie’s stature as a writer of stories, poetry, and novels has soared over the course of his twenty-book, twenty-year career. His wide-ranging, acclaimed fiction throughout the last two decades, from The Lone Ranger and Tonto Fistfight in Heaven to his most recent PEN/Faulkner Award–winning War Dances, have established him as a star in contemporary American literature.

A bold and irreverent observer of life among Native Americans in the Pacific Northwest, the daring, versatile, funny, and outrageous Alexie show­cases his many talents in Blasphemy, where he unites fifteen beloved classics with fifteen new stories in one sweeping anthology for devoted fans and first-time readers. Included here are some of his most esteemed tales, including “What You Pawn I Will Redeem,” in which a homeless Indian man quests to win back a family heirloom; “This Is What It Means to Say Phoenix, Arizona,” a road-trip morality tale; “The Toughest Indian in the World,” about a night shared between a writer and a hitchhiker; and his most recent, “War Dances,” about a man grappling with sudden hearing loss in the wake of his father’s death. Alexie’s new stories are fresh and quintessential, about donkey basketball leagues, lethal wind turbines, a twenty-four hour Asian manicure salon, good and bad marriages, and all species of warriors in America today.

An indispensable Alexie collection, Blasphemy reminds us, on every thrill­ing page, why he is one of our greatest contemporary writers and a true master of the short story.