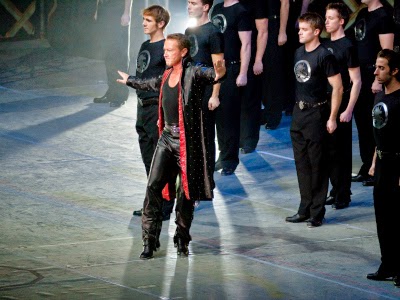 Image credit: Max Lin
Guidance for the Smart Set | A stay-at-home Dad offers advice and opinion on almost everything
by Sean Armstrong

My daughter just turned three and I want to help get her inspired about science.
-Girl Power, Atlanta

First of all, that's a statement not a question. Secondly, good for you! While women are still only a small percentage of the workforce in STEM (Science, Technology, Engineering, and Math) jobs they earn quite a bit more than their non-STEM counterparts. That said, I can't get my three year old to take an interest in food, much less anything with a truly educational value and if you’ve got some sort of obedient three year old black magic going on I must insist you not hold out on me. Either way it can't hurt to expose your daughter to science and the world. Go to museums, children's museums, science centers, zoos, and whatever else you can to spark your daughter's interest, when something clicks grab hold of it and don't let go. Your daughters interest will very likely ebb and flow over time, try not to push too hard in times of resistance and when the time is right follow that interest wherever it leads. Also consider providing toys that spark creativity and allow play beyond set parameters; blocks, Legos, microscopes, binoculars, etc. Last but not least, good luck.

I'm starting on a graphic design career and can't decide to start out with PC or Apple products. Any advice?
-Computer Challenged, Denver

Shit. Listen, I fucking hate Apple. Yeah, I'm one of those people. I like my PC, my Android phone, and my laptop running Ubuntu. I don't own an iPod and refuse to use iTunes. (Full disclosure, my wife has four iPods and runs iTunes on my desktop) As far as hardware is concerned, pretty much any bell and whistle you can get with a Mac can be had for less money on PC part for part. That said, you are likely going to want to go Apple. Apple is pretty damn dominate in graphic design, while the Adobe suite of products are pretty much all available on both platforms every class you take in college, internship you take on, and shop you work in will likely be running Macs. Familiarizing yourself with the ins and outs of the OS and developing a workflow that is compatible with that of your peers is going serve you better in the long run regardless of OS, and in design more often than not that OS is going to be Apple.

Our family is Irish and my son thinks Riverdance is really cool. Should I actually look into to lessons? Or is Irish dancing for guys just crazy?
-Ginger Pride, Boston

Irish dancing for guys, or girls for that matter is crazy. So is Scottish highland dancing, German folk dancing, ice skating, and whatever sort of extra curricular activities your child will take an interest in. Weird dancing in special footwear that involves special outfits won’t be doing your kid any favors, unless of course the interest is their own. The simple fact of the matter is, if your child is developing an interest in something (and you can afford it, ice hockey I'm looking at you), especially a topic pertaining to cultural heritage I say go for it. Your children’s interests should always be encouraged (again, if you can afford it), Irish folk dancing will make your son a more well rounded and interesting individual. While the other kids in the neighborhood are sitting around their XBoxes screaming at 36 year olds over a game of Call of Duty your son will be developing relationships with other kids that are also dancing. He’ll develop a certain level of fitness and the massive calves that come with pointless jumping to Celtic music for hours on end. Last but not least, He’ll figure out how to talk to girls (or boys, not judging) as he dances around them with awkwardly stiff arms and no real touching. Chicks dig that.