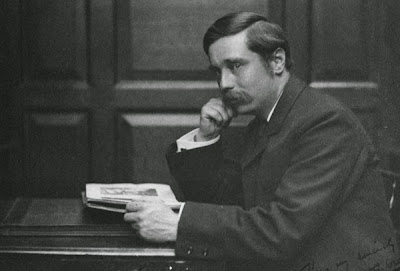 Wells in 1890
For a little throw back Thursday fun we wanted to point the spotlight at Mr. H. G. Wells, considered by many to be the founder of what we today call 'future studies.' In 1902, Wells delivered a lecture at London's Royal Institution titled "The Discovery of the Future" that called for scientific studies of the future rather than simply speculating on the future. The lecture followed an book published in 1901 that made many predictions on the future, some of which were quite accurate. In 1933, during a BBC broadcast, Wells went so far as to advocate for the establishment of "Departments and Professors of Foresight. Wells is also well known for his works of fiction that made predications of the future as well.