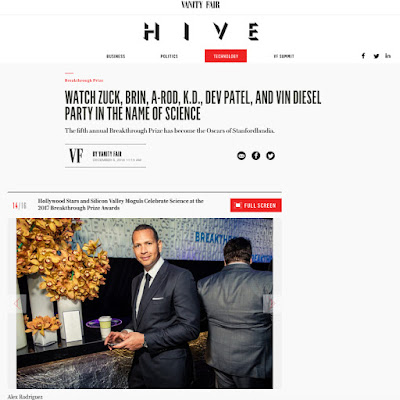 The Futurazzi are buzzing! Great to see celebs and scientists mixing and mingling at the 2017 Breakthrough Prize event. Emceed by Morgan Freeman and co-hosted by Mark Zuckerberg and Priscilla Chan; Yuri and Julia Milner; Sergey Brin and Anne Wojcicki; and Vanity Fair's Graydon Carter, the event saw over $25 million going to some of the most amazing minds in life sciences, physics, and math.