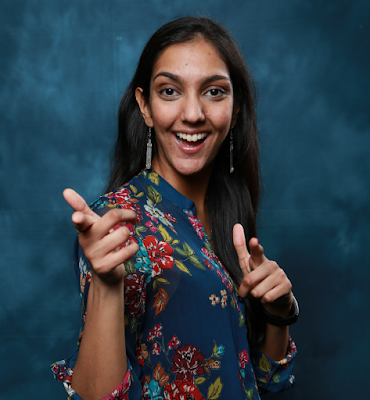 Patel currently works as a digital storyteller for the NASA Earth Observatory. She has published papers in scientific journals and has been featured in The Washington Post, BBC World News, and the Travel Channel. In 2016, Patel hosted the mini-series "Earth Expeditions" on NASA TV that profiled research on the world's pressing environmental issues.

Patel started doing standup comedy in Boston but moved to Washington, DC in 2013 and continued doing standup across the country. In her own words, Patel "fills the unknown demand of Indian female comics from West Virginia" and focuses her jokes on her life as an Indian-American and science. She has opened for comedians such as Natasha Leggero, Jen Kirkman, Christian Finnegan, Mitch Fatel, and Vir Das. Patel has produced one of the only regularly-recurring science comedy shows in the United States, DC Science Comedy, since 2014.

In 2018, Patel both presented at the AAAS conference as a science journalist and performed as a comedian. That same year, Patel was named one of the "Best Undiscovered Comedians in America" by Thrillist.

Patel was named the Future-ish 2020 Queen of the Smart Set.