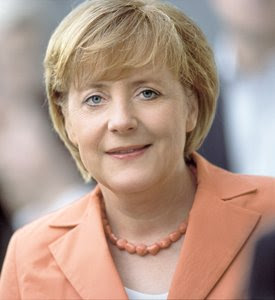 Dr. Angela Merkel is Chancellor of Germany and Chairman of the Christian Democratic Union (CDU). She is considered one of the most powerful women in the world. Chancellor Merkel is the first female Chancellor of Germany and the first German Democratic Republic former citizin to lead the reunited Germany. She is only the third woman to serve on the G8 and in 2007 became the second woman to chair a G8 summit after Margaret Thatcher. In 2007, she also became rotative president of the European Council. One of the rare scientists in politics, Chancellor Merkel has a Doctorate in Physics and has studied quantum Chemistry extensively making her one of the world's highest ranking public intellectuals.