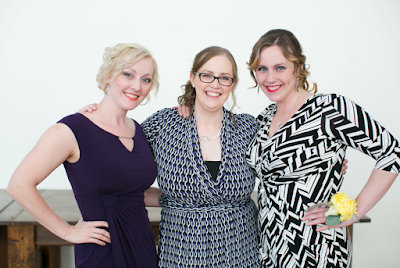 Kara Wilke (left) with her sisters Caitlyn and Bryn (more about her sisters below). Image credit: Christy Tyler Photography.

Kara Wilke is an American mechanical engineer, former championship level Irish Dancer, and certified Irish Dance Instructor (T.C.R.G.) through the An Coimisiún le Rincí Gaelacha (CLRG). Some might say she lives in two “worlds” – one that involves metal properties, mechanics, and lots of math – and another that involves rhinestones, curly wigs, fancy dresses, and crazy fast feet! 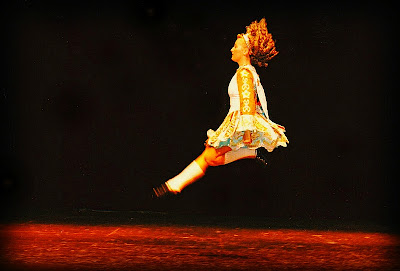 Kara Wilke, 2007
Wilke started Irish Dance at the age of 11 and continued to dance throughout college, advancing to the Open Championship level in competition. She has competed and placed at the national level, and at 17 began to assist in classes to help the younger dancers. After retiring from competition, she pursued her dream of becoming a Certified Irish Dance Teacher, TCRG (Teagascóir Choimisiúin le Rinci Gaelacha), all the while working as a Project Design Engineer.

Wilke is an instructor at the Mayer School of Irish Dance and has been the the leader of the Mayer Performance Team for the past three years. The performance team gives the dancers opportunities to perform on television, in parades, as well as in nursing homes around St. Patrick’s Day (those are her favorite!). Her passion and talent has helped others hone their skills, and brought several dancers to compete at Regional, National, and World competitions all over the United States, Ireland, England, Scotland, and Canada. The ability to take her knowledge as an Engineer and also her talent as an Irish Dance instructor by crossing over the learning potential in both fields, has led Kara to become innovative at work and a great motivator with both coworkers and dancers.

Throughout all of these accomplishments, there’s one thing that has kept her sane and striving for more – Kara’s family. Her parents and four siblings have provided support and guidance throughout her life, and continue to do so, due to the fact that they are all in the STEM fields as well (3 with their Bachelors in Computer Science, 2 with their Masters, one with her PhD, and a partridge in a pear tree). Her mother, as one of the first females to graduate from her school with Bachelors in Computer Science, and along with her sisters – Caitlyn with her PhD in Pharmacoeconomics and Bryn with her Masters in Chemistry – especially provide inspiration and motivation to push for bigger and better.