Science's Breakthrough of the Year 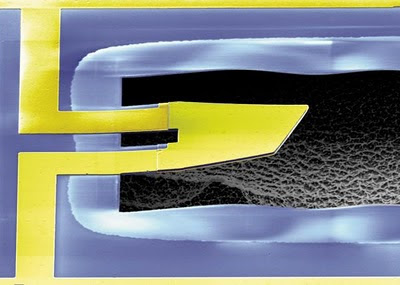 This December, Science Magazine named their 2010 Science Breakthrough of the Year...and the technological tiara went to...the first quantum computer. This 'little resonator that could' is smaller than a human hair and represents that first time that a human-made device has employed quantum level mechanics. This is big because it demonstrates that the weird laws that apply at the level of tiny objects like photons and neutrons, laws that for example say an object can actually be in two places at once, are also applicable at the level of big objects, like us. Furthermore, this little device also showed that many of the theories of quantum physics may now be testable since it they conducted the test in the 'real world', observable level and successfully verified the ground state and motion of their micro machine.