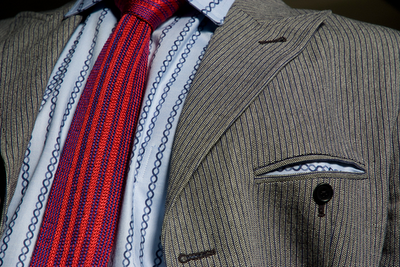 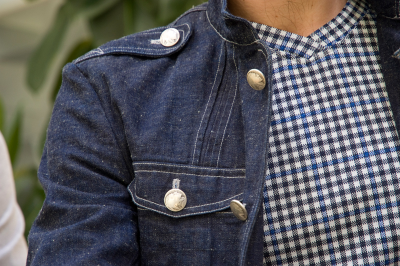 Back in 2009, I coined the term "Progress Chic" as a new design style that encompasses the best of contemporary science, design, and culture within its parameters by building on the learning and advances of our past while at the same time inspiring an even more exciting future. I can't think of a better example than John Malkovich's new clothing line, Technobohemian. In his own words,

" I am inspired by the appearance of a bohemian of the new millennium. I thought it was necessary to update the figure of the bohemian but not in the traditional way, it was necessary to make it a cosmopolitan present and fully engaged in the technological world we live in today."

Malkovich has succeeded in doing just that, wearable designs that offer great style. The Spring/Summer 2011 collection, produced primarily in Italy with jeans from Japan, has been catching the eye of the fashion world since it debuted in the Fall of 2010. Now that it is in stores, fashionistas and garmentos around the world are praising the line as well. Colorful dress shirts, jackets, and ties make up the largest part of the collection but jeans, sport shirts, and sporty coats also make appearances. The essence of Bohemianism is an unconventional lifestyle, Malkovich's Technobohemian offers exactly that with emphasis on both unconventional and style. Bravo!