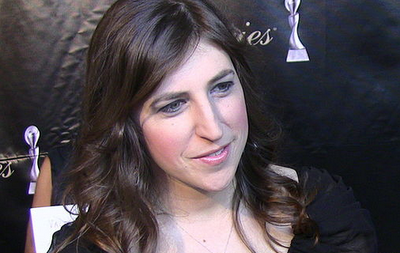 Mayim Bialik is an American actress best known for her lead role as Blossom Russo in the 1990s sitcom Blossom and more recently for her role in CBS's The Big Bang Theory as Amy Farrah Fowler. Here at Future-ish, we are big, Big, BIG fans of Bialik because she is a perfect example of someone who is passionate about science, design, and culture.

Bialik was born in San Diego, CA to Barbara and John Bialik, a nursery school director and high school drama teacher respectively. Bialik was raised in Reform Judaism. Her given name means 'water' in Hebrew. Bialik's grandparents emigrated to the USA in the 1930s from Poland and what was at the time, Czechoslovakia/Hungary.

After Blossom, Bialik was accepted to Harvard, Yale, and UCLA. She chose UCLA to stay close to her parents and in 2000 earned undergraduate degrees in in neuroscience, Hebrew, and Jewish studies. She completed her PhD in neuroscience in 2008. Bialik is a vegan and a celebrity spokesperson for the Holistic Moms Network. She continues to study Judaism and is well known for keeping fans up to date on preparations for Jewish events and holidays via social media. Oh...and she's a huge fan of the Maccabeats.

Given Mayim's fabulous showing at the 2011 Emmy's, she's now officially on our Glamour Geek list too. Check her out on the E! 360 Glam Cam below (click image to get the full E! Glam Cam experience)... 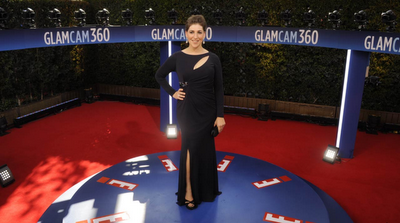 In 2012, Future-ish named Bialik as our second Queen of the Smart Set.