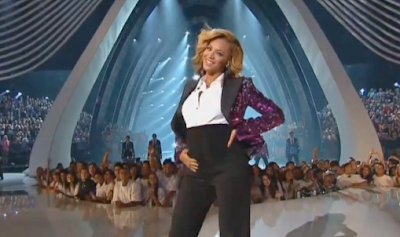 Measuring pop culture has never been easier. It used to be a bit of a challenge to understand and track how pop culture trends moved throughout media and society. Not any more. Twitter has wrapped it all up in one simple metric...tweets per second. Royal weddings, Superbowls, Osama bin Laden's death have all held tweets per second records. The latest record was set on August 29th, 2011 when Beyonce announced that she was pregnant at the 2011 AMA Awards at a whopping 8,868 tweets per second. Beyonce's announcement surpassed the previous record from the 2011 FIFA USA-Japan Women’s World Cup at 7,196 tweets per second.
Email ThisBlogThis!Share to TwitterShare to FacebookShare to Pinterest
Labels: Beyonce, Metrics, Pop Culture, Social Media, Twitter
Newer Post Older Post Home