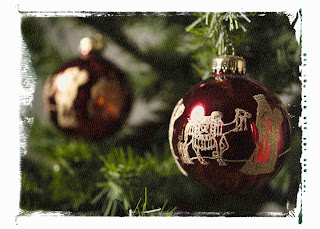 So, it’s that time of year again, when everyone is switching gears into pre-holiday mode. And while you probably already have enough to worry about, with the seemingly infinite list of concerns and to-dos that is so characteristic of this season, perhaps you are also worried about the impact of your holiday activities on the environment. Here at Future-ish, we obviously spend a lot of time talking about the future, but tradition is pretty important too, so this post is dedicated to the adaptation of one popular holiday tradition for a modern, more sustainable age.

There are only twelve days left until Christmas! If you don’t have your Christmas tree yet, maybe you are going through the real tree vs. artificial tree dilemma. Understandably, some people are uncomfortable chopping down a tree to display in their home, only to drag its dried-up remains out to the curb a few weeks later. And artificial trees have their own problems, since the majority of them are produced unsustainably. However, starting just a few years ago, a bunch of businesses have sprung up around the business model of renting living Christmas trees. Customers can order the tree online, have it delivered to their home, and then have it taken away after Christmas, to either get planted or returned to the nursery until next year. The idea of renting a tree may seem strange at first, but it’s all a part of the recent (and growing) trend of collaborative consumption, which is characterized by a shift in priorities, with a decreased emphasis on ownership. It’s more common than you think, too—Netflix and Zipcar are two of the more well-known businesses built around this idea, but it has also been implemented for clothing, books, and even beds. And as the planet’s resources get scarcer, this business model will only make more and more sense. Anyway, tree rental services are available near many metropolitan areas (a quick Google search should hopefully yield something), but even if this trend hasn’t yet reached your town, you can still find your own living Christmas tree. EM