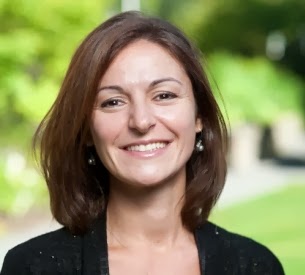 Image credit: Tony Rinaldo
Feryal Özel is a Turkish astrophysicist. Özel completed her BS in Physics and Applied Mathematics at Columbia in 1996 and her MS in Physics in 1997 at the Niels Bohr Institute in Copenhagen. She received her Phd in Astrophysics from Harvard University in 2002. Özel is currently an Associate Professor of Astronomy and Astrophysics at the University of Arizona. She is the recipient of many awards and fellowships and published numerous articles on a variety of topics. Özel is also very interested in sustainable energy and participates in the Arizona Research Institute for Solar Energy (ARISE).

In addition to her academic work, Özel has written articles for mainstream press and appeared on CNN International and several TV shows including the Universe series on History Channel and Big Ideas on PBS. Özel also worked with Louis Vuitton as a spokesperson to support women's literacy in the Middle East. In 2010, Özel also served as a spokesperson for a Louis Vuitton women's literacy campaign. ﻿