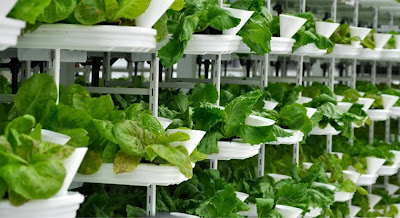 Large-scale vertical farming is becoming a reality in Vancouver, BC. When Valcent Products changed its name to Alterrus in 2012, something big was blooming. They weren't just becoming an alternative to soil-based agriculture, they were becoming the future of agriculture with their VertiCrop growing system.

Now they are in full production with their first urban farm and compnay, Local Garden. Local Garden can produce as much food as a 5 acre farm, in any climate any time of the year, uses 92% less water than conventional agriculture, and needs no chemical pesticides. Best of all, the produce tastes fantastic.