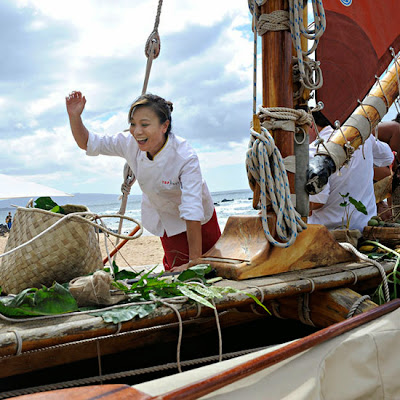 Chef Shirley Chung choosing her Canoe Crops.
Image credit: David Moir/Bravo via foodandwine.com
Sean the huge culture geek here and once again I was really pleased to see culture taking center stage in the final episodes of Top Chef Season 11. The season was primarily based in New Orleans, where culture also had a starring role, but the final episodes were on the Hawaiian island of Maui.

It should come as no surprise the chefs would want to showcase local proteins and produce that have cultural meaning and value but Top Chef took it a step further and in the elimination challenge of Episode 16, the remaining chefs (Shirley Chung, Nina Compton, Nicholas Elmi, and Louis Maldonado) were tasked to use the Canoe Crops that ancient Polynesians first brought to Hawaii.

The dish I was most impressed with (and perhaps a plug for who I think should have won the season) was Nina Compton's Grilled Opah with Taro Root and Coconut Puree (below). 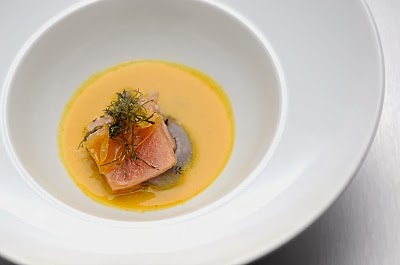