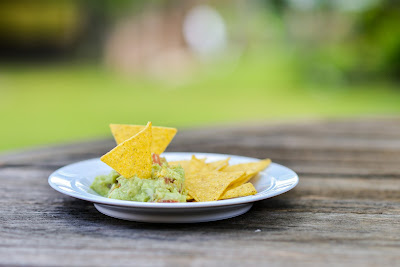 My daughter is in 5th grade now and has been a pretty quiet student up until recently. In the new political landscape though, she's started to become quite outspoken, including interrupting her teachers to say things like the POTUS and big companies are lying about climate change. She watches National Geographic all the time and wants to be a marine biologist to study how changes in the ocean are affecting whales. Needless to say, not all the other students and teachers share her opinions on things like climate change and the current federal administration's views on the topic. She's been asked to keep her opinions to herself several times by her teachers. Any suggestions for encouraging her to express herself but doing so in a bit more low key way?
- In Need of a Chill Pill, Pensacola, FL

So your daughter is what, 10 or 11 years old? Her need to express herself as she is becoming increasingly exposed to the American political reality is important, but she need to learn tact and diplomacy. That starts at home. In my experience prepubescent political opinions start primarily with family. How you discuss the current climate in your home follows your daughter to school. Keep your discussions with and around your daughter even tempered. Remember to keep in mind that the political opposition is made up of real people, not just the soulless Steve Bannon and his ilk. Fear and/or hatred of the other wrapped up in outright vitriol gets us where we are now. Teach your daughter respect and love for her fellow man, especially those that she may disagree with, and the rest will fall into place. Then if all else fails, start sending her to school with brass knuckles and nunchucks. Or get her into more extra curricular activities to distract her from the shitty reality that currently is, like soccer, music, or martial arts. With nunchucks.

My son just started college this year in music. He's planning on being a concert and symphony cellist. The fact that the National Endowment for the Arts may be going away is really bugging him and he's afraid there won't be a career for him when he graduates.
- Music Matters, New Orleans, LA

Listen here MM, in my opinion your son couldn’t have picked a better time to go to school for the arts. Sure the newly proposed Trump budget eliminates incredibly important arts programs like the NEA and the NEH but it won’t last. I can promise you this. US politics are like a rubber band, you can tug a little bit in any direction and hold that position for a very long time. When you pull really hard and try to make monumental changes, changes that only a third of the population actually supports, you won’t be able to hold it for very long and that rubber band is going to snap back hard. Really hard. Even if Trump does get everything he proposes, we’re going to experience such a monumental shift to the left during the midterms and the next presidential election it’s going to make your head spin. Balance in this country will be fully restored right about the same time your son is graduating with a music degree. You can bet your life on it. Or maybe I’m wrong, but if that’s the case I doubt many of us will have much of a life left to bet on so fuck it. At least your son will have a leg up when it come to busking in an American refugee camp on the outskirts of Mexico City.

The World Series, the Superbowl, March Madness. I'm from the west coast, my buddies are from the midwest. We're getting together for another game and let’s just say I haven't been impressed with some of the words they've used in the past to describe some of the players (that would be the black and hispanic players). How do I get them to not just stop using the words, but to actually think in a different way?
- Don't Be Racist Bro, San Diego, CA

Oh DBRB, you’ve let this go way too long. It’s as if you told your friends in college that you were gluten intolerant just to give yourself an interesting backstory. Then you had to look up what the fuck gluten intolerance really was so you could keep up appearances for four years all while sneaking sandwiches at Jimmy John’s and slices at Sbarro just to get that sweet wheat fix. Now you’re getting back together again years later and racial insensitivity gluten intolerance is suddenly super popular with a certain subset of deplorables that your friends fall into, but the rest of the world has realized that pretending to have Celiac Disease when you don’t is just fucking childish and stupid. Also, vaccines are good. Anyway, I’m getting sidetracked here. Suck it up and tell your friends that their special brand of dickishness will no longer be tolerated in your company. If they are friends worth having they will feel shitty for all their years of jackass behaviour and turn shit around when you call them on it. If they can’t do that they aren’t friends worth having. Seriously.
Email ThisBlogThis!Share to TwitterShare to FacebookShare to Pinterest
Labels: Consultation, seanarmstrong
Newer Post Older Post Home