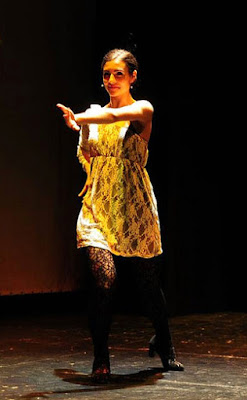 Alicia Gonzaléz Martínez is a Spanish neurologist, dancer (classical and flamenco), and performer. She received her medical degree from the University of Castilla-La Mancha in Spain and has held research and residency positions in the US and in Spain. Gonzaléz Martínez started dancing at age 3. In 2010, Gonzaléz Martínez and several friends started a performing group called Ojos Venecia. Gonzaléz Martínez sees many similarities in science and dancing, including creativity, resilience, ongoing training, the need for communication, and a long list of failures and successes.

Gonzaléz Martínez was named Future-ish's 9th Miss Next Century in 2019.