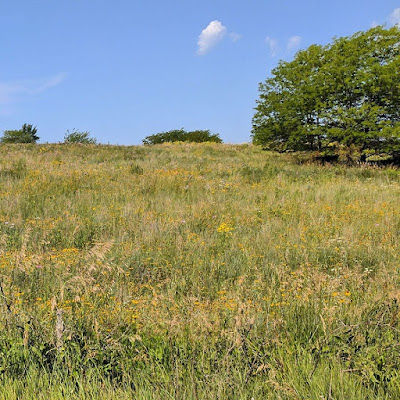 April 22, 2020. To celebrate the 50th anniversary of Earth Day and support the #EarthDayIsEveryDay effort, I wanted to find a photo of my own that reflected my perspective and outlook on things. I found two :-)

The photo above from July of 2017 is of my Aunt and Uncle's CRP in Nebraska. I have always impressed, even as a kid, when farmers and/or communities decided to let land go natural. I recall a church that bought a section of land for this purpose too for example. I could easily write a whole book chapter on it and how it impacted me.

In addition, when I first saw this location above, one of the things that immediately came to me was a reflection/memory of the original peoples there, the Oto and Pawnee Tribes, being there and living off this land. 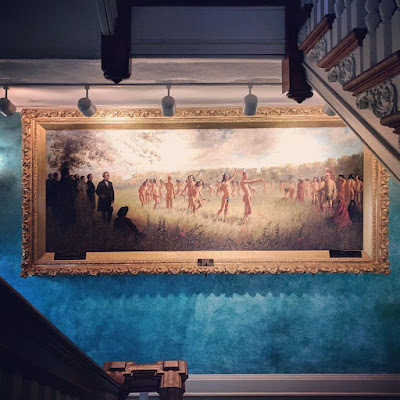 The second photo above from April of 2018 speaks for itself if you read the original caption below. I recall being very impressed during my visit to Arbor Lodge (yes, home of Arbor Day) about their knowledge and respect for the local host culture.


"A beautiful painting by Haskell Coffin recording the Treaty with The Pawnee - 1857 hanging in the grand stairwell of the mansion. It must be 10' wide. I visited the location of the signing nearby later in the day. In the treaty, the Pawnee leaders ceded their lands in exchange for a reservation along the Loup River near Genoa. They were later moved to Oklahoma in 1875. I have several Pawnee friends so have heard of efforts underway to bring Pawnee culture and traditions back to Nebraska. Goes without saying...it's time to right our historical wrongs whenever and wherever we can."

During my early years and summers in Nebraska, my Grandma Rosie taught me at an early age to respect people and place, and that's been a guiding principle for me ever since. I've found that the respecting - and celebrating - people part seems to be challenging for many people...both respecting others in general and especially when it comes to respecting the host culture of a place.

When I look back and recount the things I've done to promote sustainability over my career, I'm both satisfied and aware that I still need to do more. From launching a Sustainable Business & Development program at Nordstrom 20 years ago and co-founding the Sustainable Style Foundation 17 years ago to maintaining two blogs currently, Future-ish and Haberdash For Humanity, I'm both a proud papa and a concerned parent for the future.

One thing is for sure, I am not and don't try to be 'perfect' in these matters, but I can continue to make more and better personal lifestyle choices that continue to respect people and place.
Email ThisBlogThis!Share to TwitterShare to FacebookShare to Pinterest
Labels: SeanChron
Newer Post Older Post Home