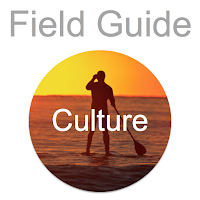 The Future-ish Field Guide to Culture is where you can find the latest and greatest news, information, and resources on the many and diverse ways culture shapes our future. The Culture Field Guide needs a lot of love so we hope to have it more complete soon. We do update our field guides frequently so please do come back soon and often. Have a suggestion? Want to get listed? Interested in sponsoring a Field Guide page? Simply send an email to StudioF@future-ish.com to give us a shout out.