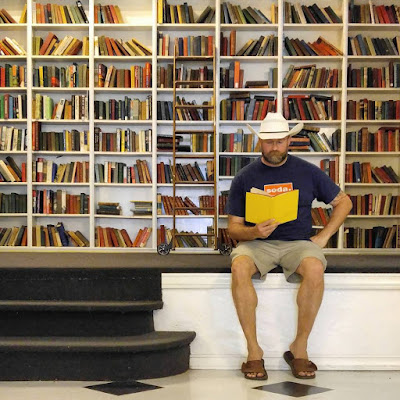 >> Invite Sean to speak or hire Sean as a consultant/coach

Sean Schmidt, our fearless leader, Founder, and Synthesis Ambassador considers himself a reluctant futurist. Obviously, he has a keen interest in the science, design, and culture shaping the future but he has no complicated algorithms up his sleeve to predict what our world will look like 10, 20, 50 or 100 years down the road...at least no algorithms he's told us about.

What Sean is good at though, is syntheses. Sean can see connections in things no one else can and picks up on trends that are still only whispers in mainstream popular culture. He bridges gaps and somehow manages to make that square peg fit in the round hole. He is fantastic at creating meaningful acronyms on the fly and has gift for keeping OCD and/or ADD staff and bloggers focused and happy. Most importantly, Sean has the ability of making even the craziest ideas about the future realistic, inclusive, and actionable.

A farm boy in the big city
Sean has lived in Seattle since 1990 after having grown up on a farm in Nebraska until age seven and then spending the rest of his school years in Steilacoom, a small town in Washington. He was lucky enough to continue spending summers in Nebraska until he was 18 which is where his Grandma Rosie taught him his first lessons in respecting people, nature, and Indian ways of thinking, being, and doing. Later, as the son of one of the first female zoological park administrators, Ingrid Schmidt, he learned first-hand about the importance and responsibility we all have in preserving biological and cultural diversity. Believe it or not, Sean's interest in science, design, and culture began in middle school where he excelled in his science, art, and Spanish classes. In high school, he won science contests (growing crystals), sold his artwork to the art teacher, and managed to get a good start on filling up his passport as an exchange student to what was then the USSR. 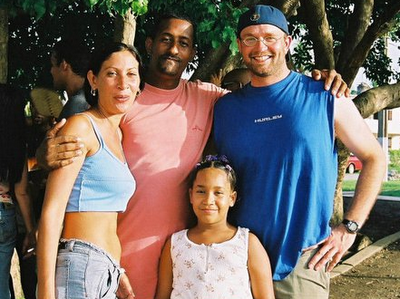 Sean in his conservation biology days during a 2003 Earthwatch trip to Cuba to study Sandhill Cranes
Sean earned two Bachelor of Science degrees from the University of Washington in 1995 studying behavioral ecology and conservation biology. No surprise...he also took Spanish, French, Russian, German, and Chinese classes along the way. Although he took part in many exciting international conservation projects when he was able and was even an expert in Russian venture capital funds for six months, he also continued to work at Nordstrom, Inc., a fashion retailer based in Seattle, Washington that had employed him through college. 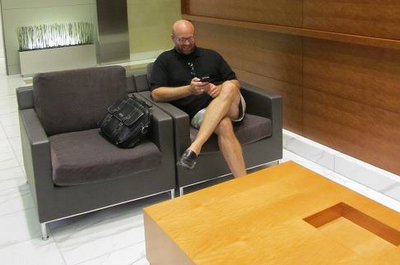 On the hunt for good design, Sean sneaks in a quick blog post on the fly
After almost 15 years at Nordstrom that included positions in IT, Corporate HR and Sustainable Business & Development, Sean left the company to co-found the Sustainable Style Foundation (SSF) in 2003. Sean spent two years as Lifestyle Ambassador and Executive Director of SSF and then had an opportunity to work in another industry that had always interested him, healthcare. Sean spent three years working in several positions within UW Medicine and then entered graduate school at University of Washington - Bothell where he received is Master of Arts in Policy Studies in 2009 focusing on conservation finance and sustainable development. 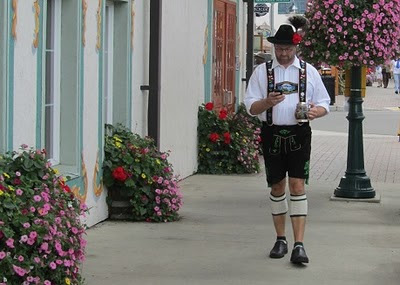 Sean tweets in the Bavarian-inspired town of Leavenworth, WA after a performance with Enzian Schuhplattler


Sean considers himself a science geek, a design geek, and a culture geek all rolled up into one and is constantly struggling with whether to get caught up on his Seed, Dwell, or National Geographic magazines. Last but not least, when not doing all the crazy things above, you can find Sean keeping up h is modern pentathlon skills (shooting, fencing, swimming, horse jumping, running) or paddling in Salish or outrigger canoes.