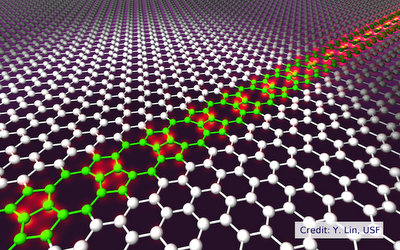 Readers of Wired Magazine's online Gadget Lab blog are well aware of Wired's crush on graphene, a film of carbon one atom thick that promises to benefit everything from transistors to touchscreens. But graphene was becoming the Susan Lucci of Nobel-worthy physics as it had been beat out by other discoveries and research over the last few years. So we weren't surprised to see Wired gush when University of Manchester theoretical physicists Andre Geim and Konstantin Novoselov recently won the Nobel Prize in Physics for their research on the material. Tim Carmody's post, "Why Graphene Won Scientists the Nobel Prize" sums up the technology - and their love for it - beautifully.