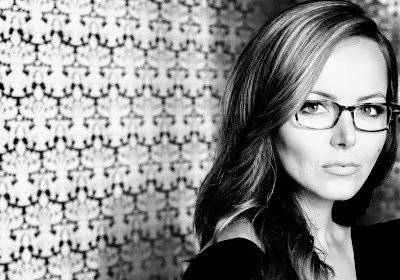 Nicole Lapin first appeared on our radar in 2007 when we identified her as one of our 'Emerging Minds'. Today, she has become one of the most respected journalists in the news industry. A first generation American, she is the daughter of a former Nobel Prize nominee and a beauty queen. Nicole created her own American dream and serves a a role model for other young journalists by becoming the youngest anchor ever on CNN and, now, CNBC.

At 21, Nicole was tapped as one of the first anchors to launch CNN Pipeline. She served as a reporter for all of CNN's networks, including CNN/U.S., CNN Headline News and CNN International. With the idea that there are other young people like herself defying convention, Nicole launched a series called “Young People Who Rock.” Each week, she profiled a different person under 30, from community leaders to politicians and entrepreneurs. Her columns appeared on CNN.com every week, with broadcast interviews to follow.Expanding her reach as a positive young figure, Nicole created a campaign called “Being Smart is Cool” in partnership with the Starlight Starbright Children's Foundation. She was appointed global ambassador for the charity and traveled on its behalf to inspire youth to care about issues in the news. Nicole currently serves as an ambassador for other youth-driven organizations, including Operation Smile and DoSomething.

Nicole currently anchors "Worldwide Exchange," the only global show on CNBC, which airs in the United States, Europe and Asia. She reports live daily on breaking global financial news and geopolitics. Recently, she was the first CNBC anchor to report on the killing of Osama bin Laden and has anchored live coverage of the Japanese earthquake, the “Flash Crash” and the uprising in Egypt. In addition to anchoring “Worldwide Exchange,” Nicole is a regular contributor on MSNBC’s “Jansing & Co.” and “Morning Joe,” and serves as a personal finance expert on NBC’s “Today Show.” She also writes regular opinion pieces for the Huffington Post and USA Today, gaining acclaim for the correlation she drew between economic hardship and mental health issues following the shooting of Congresswoman Gabrielle Giffords in Tucson, Arizona. For her reporting, she picked up accolades from the National Academy of Television Arts and Sciences, the Association of Women Journalists and Society of Professional Journalists, and the Radio Television News Directors Association, among others. She was also honored with a "Power 30 under 30" Award.