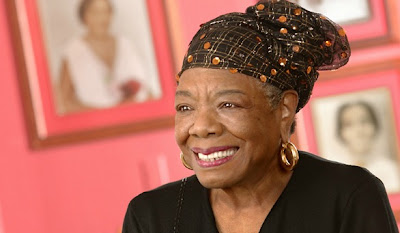 In addition to being one of the most beloved poets of our day, Maya Angelou was also an accomplished educator, actress, and outspoken civil rights activist. In 1959 - at the request of Dr. Martin Luther King Jr.- Ms. Angelou became the northern coordinator for the Southern Christian Leadership Conference. She was the associate editor of "The Arab Observer" in Cairo, Egypt from 1961-1961 and feature editor of the "African Review" in Accra, Ghana 1964-1966. In 1973 she received a Tony nomination for "Look Away". In 1974 Ms. Angelou was appointed by Gerald Ford to the Bicentennial Commission and by Jimmy Carter to the Commission for International Woman of the Year. She received an Emmy nomination for "Roots" in 1977. at Bill Clinton's Presidential Inauguration in 1993 she recited "On the Pulse of Morning" and received Grammy Award for Best Spoken Word Album for "On the Pulse of Morning" that same year. In 2005 she was honored by Oprah Winfrey at "Legends Ball" along with 25 other African-American women.