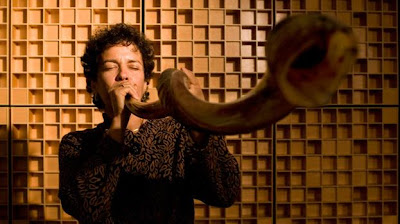 The 2009 shofar season has come to an end. What is a shofar you ask? The shofar, a traditional musical instrument in Jewish religious ceremonies, is a ram's horn blown on Rosh Hashana (the Jewish New year) and after Yom Kippur. NPR's All Things Considered recently reported on the end of the shofar season by interviewing Jennie Litvack, congregational shafar specialist at Adas Israel in Washington, D.C. Litvack also happened to be Dizzy Gillespie's hand-picked goddaughter.