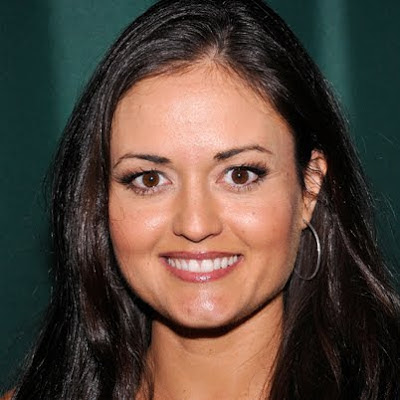 Danica McKellar is an American actress, author and math education ambassador. Many know her from her role as Winnie Cooper in the TV show The Wonder Years and subsequent acting career while others know her best as a New York Times bestselling author of her books promoting math to girls and young women which include Math Doesn't Suck, Kiss My Math, Hot X: Algebra Exposed, and Girls Get Curves: Geometry Takes Shape. McKellar's math cred comes from her 1998 degree in mathematics from UCLA, where she graduated summa cum laude. While at university, McKellar co-authored a paper with fellow student, Brandy Winn, and their Professor Lincoln Chayes on the 'Chayes–McKellar–Winn theorem'. McKellar's Erdős number is four and her Bacon number is two giving her an incredibly low Erdős-Bacon number of six.

From The Wonder Years to a becoming a wonder-Mom and role model, we give her an A+ for all her hard work promoting math to girls and young women. You go girl!

McKellar was named our Queen of the Smart Set for 2016.