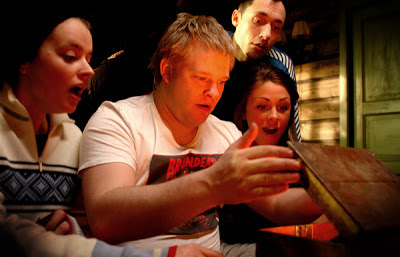 What happens when a biologist, a chemist, and a mammalogist review sci-fi, horror, or fantasy shows? Nerdtastic hilarity! Join our three scientists – known as the Curly Hair Mafia – as they take down big films, popular TV series, and everything in between.

In their latest review, the Curly Hair Mafia takes aim at Dead Snow, the 2009 Norwegian comedic horror film directed by Tommy Wirkola in which a group of medical students encounter a company of zombie Nazi soldiers while on spring break at a remote cabin in the woods. What could go wrong? so, So, SO many things says the Curyl Hair Mafia. One major takeaway...don't mess with cursed gold.


Warning: spoilers, strong language, and a lot material that will make you laugh...HARD! Oh, and Nazis, zombies, and crazy-ass Norwegians.