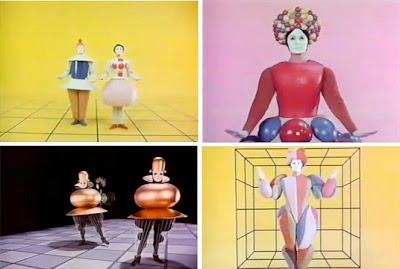 A new friend of mine recently introduced me to Das Triadische Ballet (The Triadic Ballet) by Oskar Schlemmer and I feel compelled to share it far and wide because it is one of the most creative things I have come across in a long time. What blows my mind is that it was originally imagined in 1912 but it still seems way ahead of its time even today. The image above and video below are of a 1970 performance of the ballet.

Conceptualized in 1912, the ballet had a partial debut in 1916 and then a full debut in 1922, both in Stuttgart. Music was by Paul Hindemith and the original dancers were Albert Burger und Elsa Hötzel. The opus became one of the key showpieces and ambassador of the Bauhaus movement in the 1920s and beyond. The piece explores figure and space in a sort of choreographed geometry and consists of a male dancer and two female dancers in twelve dances that take place in three rooms that represent different moods.

Images below are from the 1989 performance of Das Triadische Ballett by the Theater Instituut Nederland in Amsterdam, short video here. 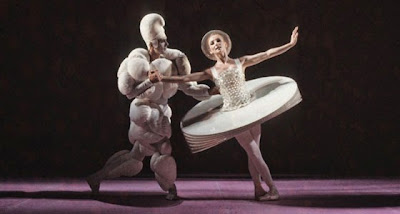 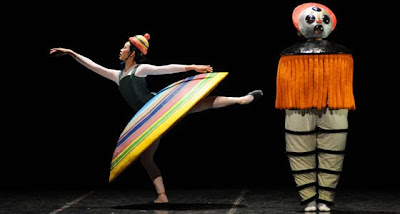 Images below are from the 2014 performance of Das Triadische Ballett in Munich by the Bayerisches Staatsballett. 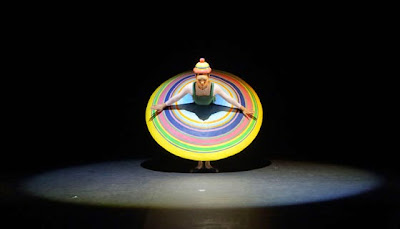 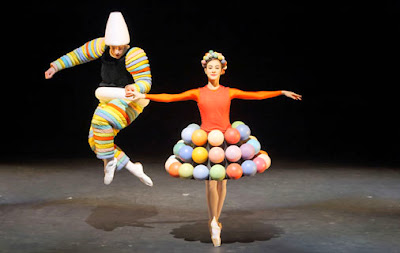 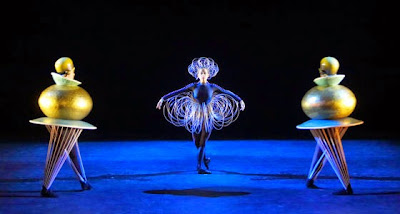